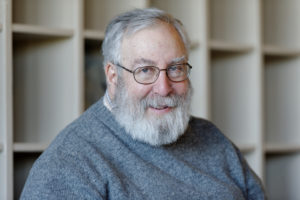 For 29 years I taught math and Problem of the Week at Princeton Friends School, a school I helped to found. Before that, I had a tutoring business in Princeton, working mostly with middle school and high school students, primarily in math. I have been teaching dance to children since 1974, and at Princeton Friends I led all-school dancing once a week throughout my career there. My PFS dance club learned dances from around the world, and  traveled as far as the New England Folk Festival in Massachusetts and the Mountain Folk Festival in Kentucky. I also lead dance in a variety of other settings, such as contra dances, international folk dance sessions, family dances, barn dances, parties and weddings.

When I retired from PFS in June, 2016, I was known primarily as a math teacher, but in the earlier years of the school I also taught literature, writing and language arts. (My college degree is actually in English.)  I love books and stories, and I’ve been practicing the craft of story-telling for decades. My repertoire is varied, from The Odyssey (which I used to present over the course of a whole school year) to medium length stories such as Sir Gawain and the Green Knight, to shorter folk tales such as “Frog and Tiger” from China. I also used to include brief stories as part of my math lessons.

I’m very proud of the Problem of the Week program, which I started (with a lot of help!) the very first week that Princeton Friends School began. Students in grades three through eight have one POW class a week, in which they encounter challenging math problems, puzzles and projects, and learn about the history, variety and excitement of math. Topics have ranged from the familiar, such as Fibonacci numbers and Pascal’s Triangle, to the somewhat esoteric, such as Archimedes’ Stomachion and John Conway’s RATS.  It’s been a continual source of delight and surprise to read my students’ work and to hear about their discoveries.

Music has also been an important part of my life since childhood, though I’m strictly an amateur!  I’ve always enjoyed making music with friends and family, and I’ve played for dances in a variety of settings. I’ve written many dance tunes and other music, and I offer beginning lessons on recorder and piano. Poetry is another form of expression that’s stayed with me since I was a teen, and I’ve been writing more poems since I retired.